How is it that one of the richest countries on the African continent cannot organize an election without a glitch? The last time in 2007, the polls were a shameful fiasco. On the day of the elections, electoral materials were still being brought in from outside the country.

This time around, a little common sense prevailed. When the materials hadn’t come in on the day of the polls, those whose incompetence ensured their late delivery, decided to postpone the vote – but not before some voters had queued in the scorching sun, waiting to cast their ballot, only to be told that the process had been botched.

The first postponement was greeted with an indifferent sigh. “That’s Nigeria for you,” some said.

Then there was the second postponement, which was met with justifiable exasperation, some even suggesting that the postponements were part of a scheme to rig the elections.

For those of us who can only be observers, we can’t help but ask: “What on earth is wrong with Nigeria?”

How can anyone with the right intellect, the right competence and a good measure of national pride, fail to organize an election with a budget of 500 million dollars for a voting population of 23 million?

For Christ’s sake, Nigeria is not a poor country. Any country where one man can steal billions of dollars must be one of the wealthiest nations on earth. If the people of Eritrea are unable to organize first class elections, we can pardon them – they are poor and they have just recently come out of a brutal, senseless war. But Nigeria? Nigeria has no excuse for this kind of mess. It’s just not on and those in charge must not only bow their heads in shame; they must be flogged!

There is a certain stupidity that pervades much of the African continent. Its epicenter seems to be in Nigeria – almost everything in Nigeria is chaotic, a massive mess. And when the giant of the continent takes a perch at the top of the ladder of mediocrity, the little ones follow. Nigeria is a mess. A rich giant like Nigeria cannot continue to behave in such an ignoble manner. Things must change.

I am not a Nigerian. But I am an African, looking for a reason to be proud that I am a son of the continent. It took years for South Africa to give me one with their magnificent organization of the World Cup last year. When I see the sort of disorganization and incompetence being displayed by the authorities in Nigeria, I squirm.

Worst of all, I often hear some Ghanaians – especially those returning from a trip to Nigeria – say proudly that Ghana is better because it’s not as chaotic and messy as Nigeria. I’ve even heard some Nigerians say similar things. And that’s where the problem lies. If Ghanaian are happy because their country is less messy than Nigeria then both countries are in trouble – not to mention the entire continent. Nigeria with its enormous wealth and great population should take the lead on the continent – doing great things for other countries to follow.

If South Africa can stage a World Cup for everyone around the globe to enjoy, I don’t see why Nigeria cannot organize an election to make its people and the rest of Africa proud.

#Dumsormuststop: A vigil for posterity

The spoils of coverage: Elevating the conversation on ‘soli’ 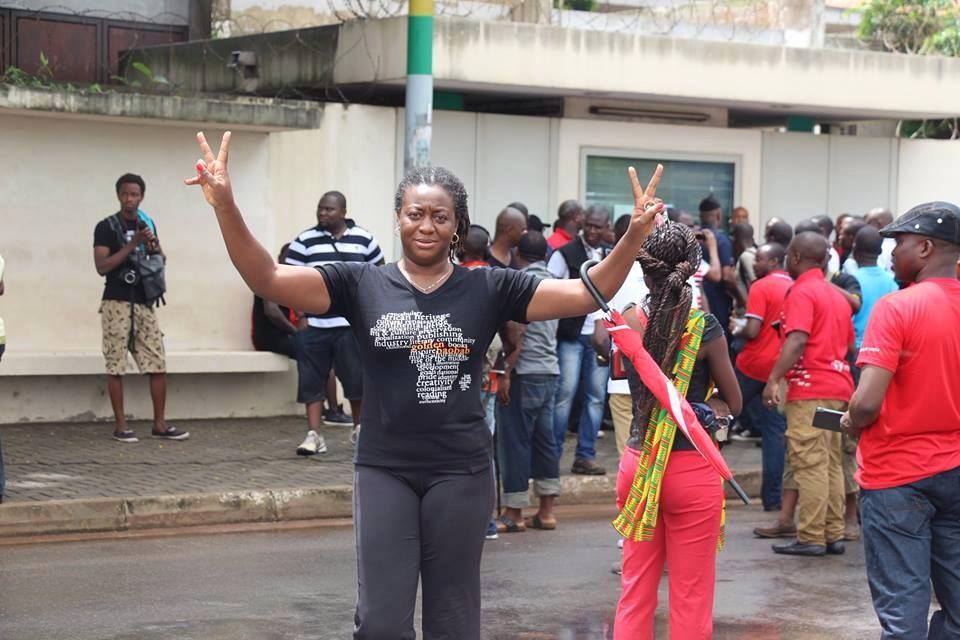 #Occupyflagstaff house: The revolution is on